Why Do Bulls & Cows Have a Nose Ring?

Bulls and cows often have nose rings, but bulls are more likely to have them.

Why do bulls have a nose ring?

Bulls are large, powerful, and prone to unpredictable behavior, and their noses are among the most delicate organs in the body.

As a result, farmers and veterinarians will insert a steel ring into the animals’ nostrils to make them easier to handle.

But wait, there are cows involved.

Why do cows have a nose ring?

To keep cows under control, they are fitted with nose rings.

However, the cows are also fitted with an unusual-looking weaning ring made of plastic, which is used to discourage calves from suckling.

What are the rings made of?

Bull rings are simply septum rings made of brass, copper, stainless steel, or aluminum. Also available for many years are self-piercing rings, which feature sharp ends designed to be pressed through the septum and then pulled together with a screw.

Depending on the bull’s size, bull rings typically range in diameter from 8 cm to 13 cm.

People who aren’t used to it might think it’s cruel, but it’s no worse than getting your ears pierced, and sometimes it’s the only way to keep a bull alive.

Without the nose ring, some bulls would not be safe for people or other animals to be around.

Most of the time, a professional, like a veterinarian, puts them in.

Does the bull nose ring stay there forever?

If a bull’s nose ring needs to be taken off, it is cut or unscrewed. This might be because the bull has grown too big for it. But if it stays there, it will stay there for the rest of the bull’s life.

For an agricultural exhibition, temporary bull rings can be fastened on. So, instead of using a makeshift bull ring, why not keep it?

There are a few advantages to getting a long-term ring rather than a temporary one.

1. A temporary nose ring is not comfortable for a bull

Aside from the first few days after a permanent nose ring has been installed, they aren’t too awful for the bull.

Bulls, like humans, become accustomed to a new environment after some time. Just like a human with an inconspicuous piece of jewelry, the bull won’t even notice it’s there. That includes nose rings.

As intelligent as bulls are, it’s likely that some of them would find out that they had a clip-on nose ring put on them very soon.

Now, I wouldn’t want to be the victim of a vicious bull whose nose ring has broken and you have no way of controlling it. What about it?

3. Rings are installed by professionals.

If a veterinarian is allowed inside the ring, they can sedate the bull before piercing the septum with a scalpel or punch.

At what age are the bull nose rings fitted?

Bulls are typically ringed between the ages of 9 and 12 months. The ring for each bull is chosen with the bull’s current and future size in mind.

Bulls are known to be aggressive, and the dangers of bull handling are a major cause of injury and death for dairy farmers in some parts of the United States, so good bull management and safety practices require caution in handling beef and dairy bulls and the use of the nose ring and chain is a recommended precaution for today’s farmers.

How do you handle bulls with nose rings?

The majority of cattle ranchers understand the value of caring for high-priced bulls who are anticipated to increase their herds and their bottom line.

A bull can be tethered to the ring by a rope or a bull staff.

Today, the usual approach for controlling bulls is to utilize a ring and a halter, as well as to have two people manage the animal simultaneously.

Why do bulls hate the color red?

The red color doesn’t bother bulls, and they aren’t offended by it. Red is invisible to bulls. The whipping off of the Muleta (cape) by the Matador annoys them the most.

As a result, they become more aggressive since they perceive themselves to be in danger, and because of the constant noise, they don’t believe they’re safe.

Yes, cows are capable of recognizing individual faces and developing feelings for humans and other animals.

When given a chance, they might display unexpected traits like thoughtfulness or even recognize their own name and come when called.

What is a bullnose ring applicator?

When administering an injection or any other treatment, you utilize a bullnose ring applicator to restrict the bull’s head movement.

Using this method, self-piercing bull rings can be applied to calves that do not have their nostrils pierced.

How to place a bull nose ring applicator in a bull’s nose?

First and foremost, a bull’s head must be managed and balanced properly with a solid hold on the head.

It is then necessary to open the nose ring and place it in the nose of the bull. This must be done with one hand firmly grasped.

The chain should be held in place with another hand in a smallholding space.

To put the chain around the bull’s neck, gently remove the bull’s head from its neck and place it in the little opening. Now it is possible to safely treat bulls (draw blood samples etc.) 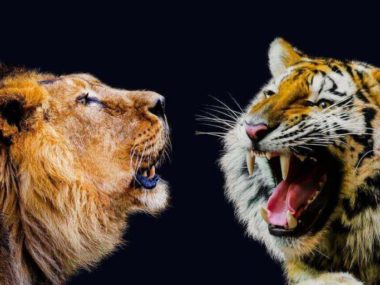 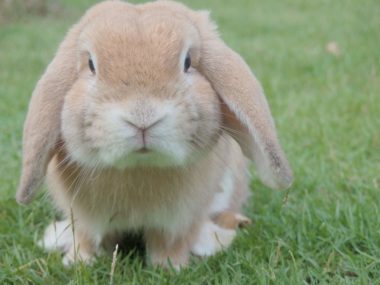