The weeping pussy willow is a fantastic choice if you want a truly unique tree that will generate buzz every spring.

This tiny but stunning willow is covered in fluffy, silky catkins in the spring.

What is a Weeping Pussy Willow?

If you want to add some early spring color to your yard, then look no further than a new garden addition.

The weeping pussy willow is a tiny willow with drooping branches, according to resources.

Pussy willows, also known as fluffy grey catkins, grow in abundance on those branches every year in late winter or early spring.

Beautiful in their own right, these dwarf trees are a great addition to any landscape.

Both full sun and light shade is suitable for these trees.

Salix discolor is the North American native plant to which the name pussy willow is most often applied. However, several other Salix species also may carry the same common name:

How to Grow Weeping Pussy Willows

If you want to know how to grow weeping pussy willows, you need to think about things like the weather. They do best in USDA plant hardiness zones 4 through 8.

Weeping pussy willow trees should be planted in the ground in the spring or fall. When planting multiples, leave around 5-10 feet (1.5-3 m) between each one.

For each plant, dig a hole that is at least as wide as it is deep—and preferably much wider and deeper than the root ball.

Fill the hole with soil and push it down with your hands until it is at the same level as the soil around the tree.

Pussy willows are wetland plants in their natural environment.

The areas of your yard that don’t drain well will be ideal for these plants because of the water they require.

Planting a willow tree anywhere near a septic tank field, sewage line, or water line is a bad idea due to the invasive nature of willow roots.

To maintain a shrubby form, prune your pussy willow as any other evergreen.

Because of their fragility, willows benefit from regular pruning to protect them from the ravages of winter weather.

Also Read:  How to Grow Cherry Trees From Seed

Pussy willows thrive in full sun but can also survive in partial shade.

This plant does best in loamy, rich, moist soil. Wet conditions are preferred.

They thrive in damp conditions. In the wild, you can find them thriving on the banks of streams and serving practical use by preventing soil erosion.

You should make sure they have access to enough water and aren’t put in a drought.

Your pussy willow only needs approximately an inch of rain or irrigation each week if you have dense, water-retentive soil, but more if you have permeable soil.

The soil needs to be kept consistently wet.

The northern United States and Canada provide ideal growing conditions for pussy willows due to their temperate climates and cold winters (zones 4 and 5).

The warmer the temperature, the slower their growth (zones 6 to 8). The high humidity is not a problem for pussy willows.

Pussy willows thrive when given just organic matter like compost or leaf mould.

After the plant is at least a year old, you can fertilize it once in the fall using a balanced fertilizer.

Spread fertilizer 18 inches beyond the drip line of the branches, using 1/2 pound for every 1/2 inch of base-trunk diameter.

Be careful to keep the fertilizer away from the plant’s stem.

Larger catkins are produced after pruning because it encourages the development of new branches that can expand without rubbing against one another.

The idea is to raise the size of the bushes laterally while inhibiting their upward growth.

Pussy willows look best when pruned into a circular form.

Should you decide that the plant has become too disorderly and you’d want to start from scratch, this plant responds nicely to harsh trimming.

If you cut it all the way to the ground, it will grow back in a more aesthetically pleasing spherical form.

In spite of the fact that the dormant winter months are not ideal for harvesting catkin branches for decorative purposes, this is the best time to perform extensive trimming.

An annual pruning regimen for pussy willows follows this sequence:

If you prune your shrub annually for three years, you’ll get rid of all the dead wood and encourage new development.

Pussy willows can be easily multiplied by means of either stem cuttings or seed collection and planting.

However, because it is so simple, clipping stems is the practice that has gained the greatest traction.

For instance, a living fence can be swiftly set up by planting a row of stem cuttings in a straight line. How to use the stem cutting method

If you do not intend to wait until summer, bring your pussy willow cuttings inside and root them in water; transplant outside when the threat of frost is over.

How to Grow Pussy Willows from Seed

Due to the ease with which stem cuttings can be taken, seed production of pussy willows is uncommon outside of dedicated hobbyists.

However, if you gather the seeds from the catkins when they are at their cottoniest, growing the plants from seed is a breeze.

Immediately scatter the seeds, silky seed hairs and all, into a tiny container, on top of the potting mix.

The seeds need to be kept moist until they sprout, and then the seedlings need to be grown until they are robust enough to be put into the landscape.

There is no need to bring this plant indoors or use any other special overwintering techniques; nonetheless, it is recommended that the plant be kept well-watered from late fall until the ground freezes solid.

Pussy willow is susceptible to a broad variety of diseases and pests, yet it is such a hardy shrub that it usually lives without much care on the part of the gardener beyond the occasional cutting of damaged branches.

Aphids, scales, borers, lace bugs, and caterpillars are all examples of insect pests that can be controlled using pesticides in extreme cases.

How to Get Pussy Willows to Bloom

Willows can easily be coaxed into forming clusters of blooms with minimal effort (catkins).

The key is to harvest at the proper time and then preserve the branches in a way that makes them usable for floral arrangements.

Pussy willow branches can be preserved by withholding water from them at just the correct time.

Pussy willows will “go by” (flower out and lose their beauty) if you harvest them and put them in water for weeks, therefore you should avoid doing that.

One alternative is to cut the branches before the catkins appear.

Pick branches with catkins that haven’t fully opened yet and force them to open indoors in late winter/early spring (depending on where you live). So as to:

Since pussy willows are often fast-growing and abundant plants, gathering sufficient branches for your arrangement needs should provide little to no difficulty.

Unfortunately, there are a few potential issues that can arise when these shrubs are used in landscaping:

Your pussy willow is trying to inform you that it needs more exposure to sunlight. If it’s contained in a container, it shouldn’t be too cumbersome to relocate.

If it is already established in the ground, check the canopy to see if any other trees are obstructing the light your pussy willow needs to thrive.

Branches of willows are typically frail and fragile. Branches can break or split when there is a lot of wind or ice.

When a major storm is on the horizon, you can decrease the likelihood of damage by sweeping away snow and ice and tying the branches in place.

Pussy willows are a favorite snack of wildlife, including deer, squirrels, and birds.

Your pussy willows will need to be fenced in with chicken wire or some other material to prevent damage. 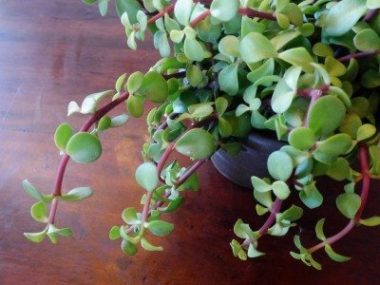 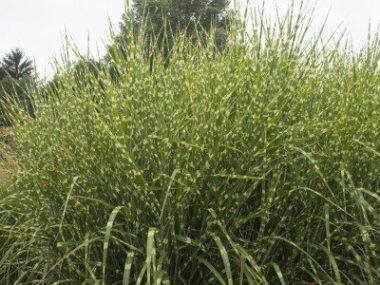 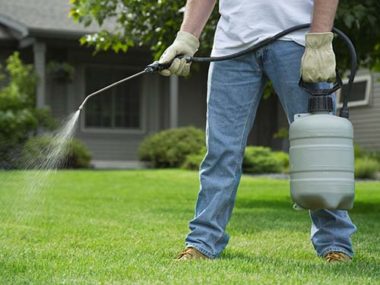 Read More
Table of Contents Hide What is a Weed?Why Weeds Keep Coming BackWhat is the Best Way to Kill…
Read More