They are known as “living stones,” but Lithops plants resemble cloven hooves in appearance.

Originally from South Africa’s deserts, these small, split succulents can be found in garden centers and nurseries everywhere.

Lithops thrive in dry, sandy soil that receives little water and is frequently over 100 degrees Fahrenheit.

It is possible to grow living stone plants in your home with a little help from lithops, which are relatively easy to cultivate.

Lithops is a large genus with a wide variety of colorful names. As a result, the term “living stone” can be applied to a variety of plants, including pebble plants, flowering stones, and the like.

Lithops are diminutive plants, rarely rising above the soil surface more than an inch (2.5 cm) and typically having only two leaves.

Many parts of the plant are subterranean, and the plant lacks a true stem. Confusion and conservation of water are both achieved by the appearance of the field.

Lithops thrive in arid and sparsely populated areas. There is very little foliar space for the plant to collect the sun’s energy because the majority of its body is subterranean.

A unique “windowpane” design on the leaf’s surface has resulted in the plant’s ability to collect more sunlight.

These areas are filled with calcium oxalate, which creates a reflective facet that enhances light penetration in these areas.

The seed capsules of lithops are another fascinating adaptation. The seeds can remain viable in the soil for months due to the lack of moisture in their native habitat.

How to Grow Living Stones Plants

For all but the hottest climates, growing living stones in containers is the preferred method.

To grow Lithops, you’ll want to use either cactus mix or potting soil mixed with sand.

Before adding water, the potting media must be dry and the pot must be placed in a bright area. A southern-facing window is ideal for maximum light penetration.

However, the seed-grown plant can take months or even years to establish and look like the parent plant.

Online or at a local succulent nursery, you can buy seeds and seedlings for your favorite succulents. Even at large-scale nurseries, adult plants can be found.

In order to keep Lithops happy and healthy, all you have to do is remember where they came from and mimic the conditions they thrive in.

Overwatering should be avoided at all costs when growing living stones.

During their dormant season, which lasts from autumn to spring, these tiny succulents require no watering.

When you begin watering your cactus again in the spring, use a diluted cactus fertilizer to encourage flowering.

Scale, moisture gnats, and a variety of fungal diseases are all potential threats to Lithops plants.

Keep an eye out for signs of discoloration and inspect your plant frequently so that you can take action quickly.

Pruning the leaves of your living stones isn’t necessary, but dead leaves can be removed as needed. When the plant’s flowering season is over, the plant’s few succulent, plump leaves will begin to fall to the ground.

In the same container, the plants of the living stones self-reproduce. A division can be done manually to keep the plants from overtaking the pot once they’ve grown together.

The best time to complete this task is in the spring when the plants are in full bloom. In this manner:

How to Grow Living Stones From Seed

It is possible to harvest seed pods from your living stones in the fall, after the flowers have faded, in order to grow new plants. In this manner:

A pot that’s about 6 inches deep is all that’s needed for these plants, even though they only rise an inch above the soil.

It’s because they have long taproots that penetrate deep into the ground. In addition, there should be plenty of holes in the pot for water to drain through.

It is best to use an unglazed clay pot because it allows water to evaporate through its walls.

Because living stones grow so slowly, you probably won’t have to repot them for many years.

If your plants are getting too crowded in their pots, carefully remove each one and repot it in a new container, taking care to keep the roots intact.

Add fresh potting mix around the base of the plant and place it in a new pot that’s slightly deeper than its root length.

Living stones are able to withstand cold temperatures, so they can be grown year-round in warmer climates (USDA Hardiness Zones 10-11).

Plants should be grown in portable containers if you live in a colder part of the country because you can bring them inside for the winter.

Living stones can be reintroduced to the outdoors once the spring temperatures consistently reach 50 degrees Fahrenheit.

Pests of various kinds can attack living stones. Mealybugs, scale, thrips, and aphids can also be a problem, in addition to the more common spider mites found in homes.

Planting living stones in the ground or in pots on your patio can also attract small animals and pests, such as snails.

Also Read:  How To Take Care of Calla Lilies In Your Garden

Spray your plants with a mixture of rubbing alcohol and water to get rid of spider mites. Insecticidal soap can be used to get rid of other bugs on living stones.

How to Get Living Stones to Bloom

The majority of living stones produce daisy-like flowers in the fall, but some varieties can bloom in the late summer or even spring, depending on the climate.

A white, yellow, or orange flower can be found growing between the plant’s leaves.

In order to encourage blooming, some gardeners use a potassium-based fertilizer diluted in water, which is not generally recommended for these plants.

Avoid deadheading flowers if you want to save seed pods that will fall off your plant once the flowers have died.

Because living stones are in a state of dormancy, they should not be watered until the spring.

There are a few growing issues that can arise with living stones, but they are generally easy to care for.

Improper lighting and watering are the most common causes of these symptoms, which can be corrected to keep your plants healthy.

When your living stones aren’t getting enough sunlight, they may begin to fade. As the plant reaches for the sun, its leaves may become elongated due to a lack of light.

If either of these scenarios occurs, try relocating your living stones to a location that receives direct sunlight to see if that helps.

Living stones rarely suffer from shriveled or wrinkled leaves due to a lack of water, but they can do so in the spring and fall if the soil is too dry and the plants are actively growing.

Keep your plant’s soil slightly moist by adding water. Keeping the soil moist, rather than the leaves, is another way to avoid drowning the plant.

A soft or mushy feeling on your plant’s leaves indicates that too much water has been applied.

Using too much water can lead to root rot, which makes living stones more attractive to pests.

Always avoid watering during your plant’s dormant seasons, and keep the soil moist but not soggy in spring and fall, respectively. 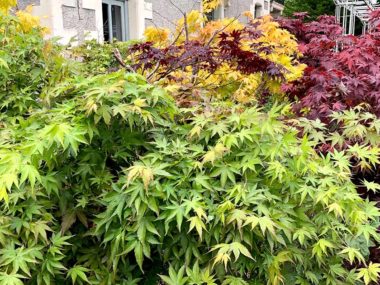 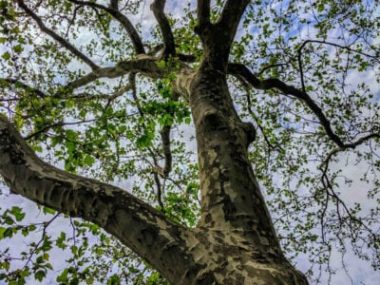