The spikes of blooms that appear at the tips of the stems of bottlebrush plants (Callistemon spp.) give the genus its name.

The majority of bottlebrushes are red or crimson in color and bloom for a considerable period of time during the summer.

Light yellow flower spikes of C. Sieberi are an exception.

Grow bottlebrush in pots you may relocate to a safe spot for the winter if you live in a cooler area than USDA plant hardiness zones 8b through 11.

Improve drainage by mixing a few handfuls of sand into a peaty-rich potting soil.

The plants can be kept in pots as small as 6 to 8 inches (15 to 20 cm) in diameter by pruning them aggressively each year.

To allow the shrub to mature, you will need a large container.

How to Grow a Bottlebrush

A bright spot outside is ideal for planting bottlebrush plants.

As long as the soil is sufficiently drained, the plants aren’t fussy about what kind of soil it is.

Regular watering and annual fertilization are required for the first few years of a Callistemon bottlebrush’s life.

Slowly water young trees every week in the absence of rain, making sure the soil is completely saturated.

The evaporation of water from the root zone can be slowed by adding a layer of mulch on top of the soil.

In their second spring, fertilize bottlebrush bushes for the first time. In the root zone of the bottlebrush, a 2-inch (5 cm.) layer of compost is a great fertilizer.

Compost should be spread on top of the mulch that has been pulled back. Follow the label’s instructions when using chemical fertilizer.

It’s not necessary to prune bottlebrush plants. Depending on how you want to use it, it might be a shrub with multiple trunks or a little tree with just one trunk.

If you plant it as a tree, you may have to trim back the lower branches to allow for pedestrian traffic and lawn care. Remove the suckers as soon as possible from the plant.

Low-maintenance weeping bottlebrush trees can be established. Even though they can tolerate a little quantity of saline spray along the ocean, these plants aren’t drought resistant and only tolerate a minimal level of salt. These beautiful trees will grow if they get enough sunlight and occasional watering and fertilization.

In addition to being resistant to most illnesses and pests, weeping bottlebrushes are also resistant to deer. Witch’s broom, mites, insect galls, and root rot are all prevalent concerns. Erosion management is facilitated by this tree’s thick root structure.

In order to survive, the weeping bottlebrush necessitates direct sunlight. Planting these trees in a location with only partial sunlight will reduce their flowering potential because they are not shade-tolerant.

Soggy soil can cause root rot, so it’s critical to have soil that drains well. The roots of these plants are like sandier, more open soil. The ideal soil pH is between slightly acidic and neutral, as alkaline soils can cause yellow foliage. ”

Watering the weeping bottlebrush on a regular basis will maintain it robust and healthy. During periods of drought, mature plants are able to survive, but they fare better with additional water. When the earth seems dry a few inches below the surface, water the plants infrequently.

Trees such as red cascade like warm weather and are unable to withstand freezing temperatures or frost. They thrive in hot, dry regions, but may also survive in areas with a lot of humidity.

For healthy growth and blossoming, weeping bottlebrush trees should be fed with a balanced fertilizer throughout the growing season. Use at the beginning of each season, from spring to fall, to get the most out of it.

Maintaining this tree’s neat appearance can be achieved with regular pruning.

Prune after flowering to remove wasted blooms and keep the tree in an orderly shape with weeping bottlebrush trees.

With these tools and supplies in hand, you’ll be ready to start rooting your seedlings. Then adhere to the guidelines listed below:

How to Grow Weeping Bottlebrush From Seed

Even from seed, the weeping bottlebrush trees thrive.

Early spring is the optimum time to start seeds because they take longer to germinate than a cutting. Here’s how to go about it, step by step:

At least 8 inches larger than the root ball is needed to accommodate growth over several years.

Drainage holes should be present in the container. Spring and summer are the best times to apply fertilizer to the plant.

To remove the weeping bottlebrush from its container once it has outgrown it, gently flip the container on its side and slide the plant out of it.

Fill a larger container with well-draining soil and place the plant in it. Bury the root system to the same depth as before, then thoroughly irrigate the plant.

For overwintering, the weeping bottlebrush does not require any further care. The only thing you need to do is stop using fertilizer.

Those weeping bottlebrush trees that are grown outside of their native zones must be kept in containers and transported to a safe location, such as a greenhouse or garage.

How to Get Weeping Bottlebrush to Bloom

Colorful 3- to 5-inch flowers with spiked stamens will bloom on these trees. During the spring and summer, and occasionally beyond, these appear.

To enhance blossoming, you should water your plants frequently. It’s a good idea to fertilize your lawn at the start of each season.

Plants that receive high-phosphorus fertilizer in early spring will produce an abundance of vivid blooms.

To keep the flowers blooming, remove the faded blossoms after they are done blooming.

There aren’t many issues with weeping bottlebrush trees.

There are, of course, exceptions to even the hardiest of plants. They are most commonly plagued by Witch Broom issues.

Tree branches are used to produce the broom’s dense, rounded shape, which is why it is called a witch’s broom.

The tree’s response to stress is to produce a knotty, nest-like structure on a limb.

Bugs, such as mites, can be a source of anxiety for many people.

Find out what’s causing you stress, and then do something about it. Remove the witches’ broom if you can. 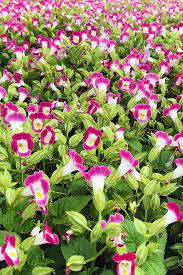 Read More
Table of Contents Hide How are Radishes Grown?How to Plant RadishesWhen are Radishes Ready for Harvest?Harvest and StorageDiseases…
Read More 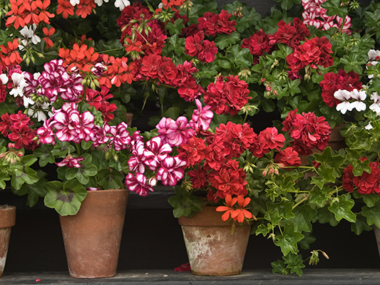 How to Grow Impatiens & Care Guide