Tall and stately foxglove plants have long been used to add vertical flair and stunning flowers to garden settings.

Foxglove flowers grow on stalks that can grow up to 6 feet (2 meters) tall, depending on the type.

Depending on the summer heat, foxgloves flourish in full sun partial shade to full shade.

They are hardy in gardening zones 4 through 10 and in the hottest areas prefer more midday and afternoon shade for optimum performance.

The hotter the summers, the more shade the plant needs.

How to Grow Foxgloves

As a biennial or short-lived perennial, the gardener can encourage the re-growth of foxglove flowers by not allowing the soil to dry out or to get too soggy.

Foxglove flowers may be grown from seed, producing blossoms in the second year.

If flower heads are not removed, foxglove plants reseed themselves abundantly. Using them as cut flowers can decrease reseeding.

If the flowers are allowed to drop seeds, thin the seedlings to about 18 inches (46 cm) apart the following year to give growing foxgloves room to flourish.

If you want more foxglove plants next year, let the last flowers of the season dry on the stem and sprinkle seeds for fresh growth.

The foxglove plant is commercially farmed for the distillation of the heart medicine Digitalis.

Children and pets should be kept away from the foxglove plant since all components can be harmful if consumed.

This could explain why deer and bunnies ignore them. Hummingbirds are drawn to nectar.

Also Read:  Bunching Onions: How To Grow And Harvest Them?

There are also some hybrid foxgloves to consider:

You may start from seed or purchase nursery plants.

Seeds yield variable results, because seeds from hybrids do not replicate the traits of parent plants, and may even be sterile.

Nursery plants provide more certainty as to what you are going to get, with knowable characteristics.

To propagate foxgloves this way, you’ll need to purchase seeds or collect them from a friend’s plant.

You can direct sow seeds in the garden after the danger of spring frost has passed.

Moisten the soil and sprinkle several seeds every 12 to 18 inches. Do not cover, as they need light to germinate.

Maintain even moisture for the next two to three weeks while seeds germinate.

When seedlings have two or more sets of true leaves, thin them out to a distance of 12 to 18 inches to accommodate mature dimensions.

Alternatively, start seeds indoors six weeks before the last average spring frost date and transplant them to the garden after all danger of frost has passed.

Before you plant out, acclimate seeds started indoors to the outdoors.

To do this, set them outside in a sheltered, partially shaded place for a few hours each day for four or five days.

Take care not to overwater them to avoid damping off, a fungal disease that thrives in cool, wet environments and kills seedlings.

Transplant the seedlings into the garden at 12- to 18-inch intervals. Keep the soil level of the seedling container even with the ground soil level to minimize transplant stress.

Tamp the soil gently around the seedlings and water them in well.

You may also direct sow seeds in late summer, at the same time they would naturally disperse.

From Nursery Starts or Transplants

A transplant from nursery pots to the garden after the last average spring frost date has passed.

If your nursery sells plants in late summer to early fall, you can also plant them out then.

To transplant, carefully work the plants out of their containers.

Set them into the soil so that the surface of the potting soil is even with the ground soil surface, for a smooth transition. Maintain spacing of 12 to 18 inches between plants.

Tamp the soil down around the plants and water in the well.

Keep in mind that some cultivated varieties behave as annuals and bloom in the first year, while others are biennial or short-lived perennials that bloom the second year after experiencing a winter chill.

In addition, note that plants may cross-pollinate in the garden, causing color dominance or variations in the next generation.

Additionally, sometimes plants that bloom in the first year may bloom again in the second, so you may want to keep the plants in place at the season’s end.

As a general rule, deadheading the early flower spikes after the blooms have faded often results in a second, lesser flowering period.

However, if you wish for the plants to self-seed in the garden, then leave some flower spikes in place to cast their seeds.

Common foxglove can be prone to attack from insect pests including aphids, mealy bugs, slugs, and Japanese beetles.

Mild infestations are often handled by predatory insects, but serious infestations can be treated with insecticidal soaps or chemical spray pesticides.

Foxglove can also be affected by a variety of funguses, such as powdery mildew, verticillium wilt, and leaf spot.

Minimize these problems by giving the plants good air circulation and making sure they are planted in well-draining soil. Treat seriously affected plants with spray fungicides.

Crown rot can be a problem, sometimes caused by white fungal spores or by dense, poorly draining soils. Seriously affected plants will need to be discarded.

How to Get Foxglove to Bloom

If a common foxglove is in the second year of its lifecycle, it generally blooms. Failure to bloom (or poor blooming) is usually due to one of the following:

Foxglove is a fairly easy plant to grow, but a couple of common problems are worth mentioning:

Foxglove Plant Has No Flower Spikes

While most nursery plants are grown so they are ready to flower in your garden, it’s possible that you have purchased plants that are still in their first year of growth.

If your plant produces just a basal rosette of leaves but no flower spikes, leave it in place until the next year; there’s a good chance that it will flower robustly in its second year of growth.

This is also the normal pattern for seeds planted directly in the garden—they don’t flower until their second year of growth.

Less commonly, a biennial foxglove that has already flowered will persist over winter and come back in a weak form for a third year.

These third-year plants almost never flower and should be pulled up and discarded. Remember, though, that this is true only of biennial varieties.

There are some true perennial foxglove species that should be left in place year after year.

It’s fairly normal for foxgloves to begin to look unkempt as the heat of summer arrives. The flower stalks, especially, can look quite shabby.

At this point, you can clip off the flower stalks down to the basal rosette.

With the flower stalks removed, you may stimulate the plant into producing a second flush of flowers, which often appears as the weather cools in early fall.

Or, you can simply pull the entire plant from the ground once flowering is complete.

Make sure, though, to remove only the second-year plants that have completed their flowering cycle.

You don’t want to pull out first-year seedlings, as these need to overwinter in order to reach their second-year blooming cycle. 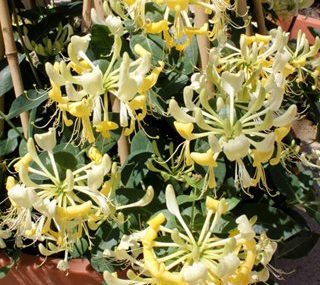 Read More
Table of Contents Hide Does Paver Base The Same as Gravel?What is the best size of gravel What…
Read More