Discover the Cutest Spiders In The World

Here are some of the world’s prettiest spiders to share with you today, guys! The last thing we want is tarantulas. The leaping spiders are to blame.

Jumping spiders are, without a doubt, the cutest spiders around, and you can learn more about them in this post.

I’ll show you exactly what I’m talking about with plenty of images and videos.

What are jumping spiders?

Salticidae, are the biggest family of spiders, including the exceedingly adorable jumping spiders. More than 6,000 kinds of attractive spiders make up about 13 percent of all spider species!

Jumping spiders, despite their small brains, have been demonstrated to be capable of learning in a variety of situations.

Researchers at the University of Manchester, for example, were able to train a regal jumping spider to jump at the order of their command.

They’re generally carnivorous, however, nectar has been found in the diets of several species, and a single species is known to be a nectar-only eater.

Where to find jumping spiders?

Except in the North and South Poles, jumping spiders can be found all over the world and could be monitoring you with their eight eyes right now.

Euophrys omnisuperstes, a species found in the Himalayas, including on Mount Everest, lives at an elevation of 22,000 feet, making it a possible contender for the title of Earth’s highest-known permanent resident.

While a few jumping spider species can be found perched high above the ground, most of them live in tropical forests.

Why are they called jumping spiders?

Jumping spiders are known for their ability to leap long distances. Up to 50 times their body length has been mentioned.

Also Read:  How to Get Rid of Flies Outside Patio

There’s no need for the grasshoppers to flaunt off their powerful legs.

The reason why they’re so proficient at jumping is unclear.

It turns out they have an internal hydraulic system that allows them to manipulate the pressure of the fluid in their bodies to stretch their limbs. Isn’t that fantastic?

They have a number of unique characteristics that make them stand out from other spiders and make them so adorable.

For the eyes, they have four pairs of eyes; three secondary pairs that are fixed and one primary pair that may be moved.

The fact that they have two eyes in the center of their heads lends them a human-like look as well as better vision.

One to 25 mm (0.04–0.98 in) is the typical length of their body, which has fine hairs that are essential to their existence.

Trichobothria is the condition in which the hairs aid in hearing. Their sensitivity extends to the ten-billionth of a meter, which they can detect.

What are their best features?

It’s hard to argue with their bright, comical eyes. When it comes to vision, jumping spiders are at the top of the list among arthropods.

They’re equipped with a long-focus lens, a layered retina, and a UV-sensitive photoreceptor for close-up shots and video.

All of this allows them to see the entire visible spectrum, as well as the ultraviolet range.

Other than that, they’re known for their ability to jump like a jack-in-the-box. Most of the time, they move stealthily and quietly, but when threatened or hunting, they can leap 50 times their own height.

It’s not poisonous, but the venom of jumping spiders is. The venom is so potent that it may be used to take out other small insects or spiders with ease.

To be honest, it isn’t very powerful. Have you seen how massive they are? They’re so small! Yes, the black widow isn’t a gigantic creature, but it’s still capable of killing a human.

However, jumping spiders’ poison should not be a cause for concern. Even if you are bitten by a jumping spider, the pain and discomfort would be comparable to that of a mosquito bite.

Since the discovery of antivenin, spider venom deaths have decreased significantly.

Isn’t it obvious that they’re friendly? In addition, they appear to be amicable (for a spider). They may be intrigued by you if you appear and act unthreateningly around them.

The sheer number of people who keep jumping spiders as pets are astounding. You can find them easily, and they’re a low-cost option for keeping as a pet.

Aside from that, what else makes them an excellent pet? After getting to know you, they will be eager to engage in conversation.

Individual spiders may be more reserved than others, but it’s impossible to tell just by observing them.

When it comes to eating, they’re not picky either. If you give them flies or little crickets every few days, they’ll be happy.

A native of Australia, the spectacular jumping spiders now have a cult following on the internet. Saturday Night Fever’s John Travolta couldn’t out-dance this species’ males.

In the course of a mating ritual, they show off their brightly colored abdominal flaps to one another.

Females are significantly more aggressive towards their male counterparts than the males are, notwithstanding their flamboyance.

Males that keep dancing even though the gals aren’t interested are in a world of trouble.

An attack, killing, or eating of a young boy by females is highly likely. He has no choice but to leap to his own death in order to survive.

The majority of Peacock spiders are found on leaf litter or dry twigs in Queensland, New South Wales, the Australian Capital Territory, Western Australia, and Tasmania.

This species is distinguished by its black body, which is speckled and striped on the abdomen, and by its bright green chelicerae, which are iridescent (mouthparts or jaws).

In North America, you can discover this brave species in your garden, on your fence or wall, or in a meadow or grassland beyond your house.

Zebra spiders are widespread across Britain, Europe, and North America where they can be found on walls, plants, and fences on sunny days; and also indoors on window sills, often in the corner behind curtains.

Besides smaller spiders, zebra spiders also prey on mosquitoes that are twice as long as themselves. 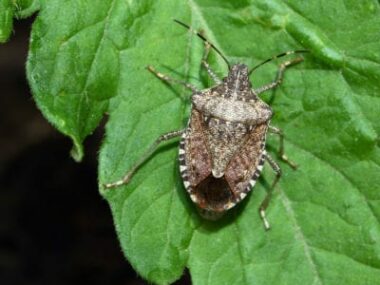 Read More
Table of Contents Hide How to Get Rid of Stink BugsWhat do stink bugs smell like?How to Kill…
Read More 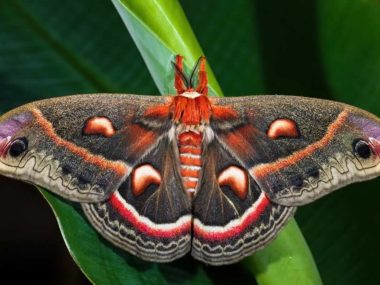 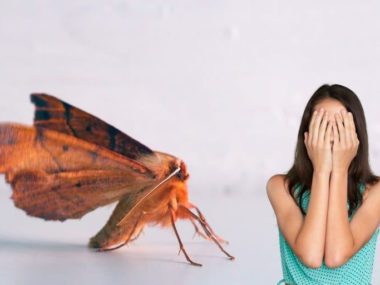 Read More
Table of Contents Hide Can moths hurt you in your sleep?Do Moths Die In The Light?How Long Do…
Read More 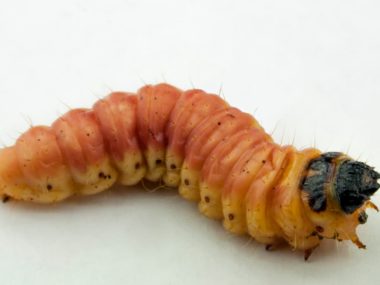 Read More
Table of Contents Hide Why Are There So Many Flies Outside My House?Why Is It Important To Get…
Read More