Many hot tubs are available, and understanding their distinctions can help you make an informed decision about which one is most suited to your needs. An electronic hot tub or a traditional one should be your first choice.

When deciding which hot tub to buy, knowing the difference between an electric and a gas-powered model will help you narrow down your options.

The term “regular” refers to a 110v hot tub, which may be plugged into any standard outlet.

The voltage that a hot tub runs on directly affects its performance and also affects what features a hot tub has and which can be used at the same time.

Continue reading to learn about the distinctions between 110-volt and 220-volt hot tubs. If you’d like to convert your hot tub to salt water, they will work just well.

THE DIFFERENCES BETWEEN 110V AND 220V HOT TUBS

In order to use a 110v hot tub, you simply plug it into a common 15-amp electrical outlet and relax in the bubbly water. 220v hot tubs regrettably aren’t that easy to install.

They’re hard-wired from the home circuit breaker box to a safety cut-off box that’s near the hot tub, and then straight into the spa control box.

Both of these hot tubs have unique features and are utilized for various reasons. There’s no right or wrong response here; it just depends. It depends on your needs, money, and a few other key criteria.

To help you make an informed decision, we’ll go over the advantages and disadvantages of both 110v and 220v hot tubs, as well as offer our personal suggestions.

You don’t have to do much more than plug in your 110-volt hot tub and you’re ready to relax.

Plug and play hot tubs may be set up in a matter of minutes and for a fraction of the cost of traditional hot tubs. Installing a 110v hot tub does not necessitate the services of an electrician; however, the hot tub consumes so much energy that you will need a separate circuit to accommodate it.

To install a hot tub, all you need to do is place the tub on a flat area, fill it with water, and plug it in.

Advantages of a 110-Volt Hot Tub

Disadvantages of a 110-Volt Hot Tub

Also Read:  How to use Lava Rocks for a Fire Pit & Gas Fire Pits

A hot tub powered by 220 volts can heat up faster and run the heater, jets, and pump all at the same time since it has more power available all the time.

A licensed electrician can help you upgrade your 110-volt hot tub to 220 volts. The heater’s performance and efficiency will be improved, but the hot tub’s jet power will remain unchanged if you upgrade to the higher-powered option.

Advantages of a 220-Volt Hot Tub

Disadvantages of a 220-Volt Hot Tub

Why Do We Use 110 Volt Electrical Outlets?

It’s evident that 220-volt hot tubs have a number of advantages over 110-volt hot tubs now that you know the benefits and drawbacks of each. It’s possible that you’re asking why we bother with 110-volt outlets in the first place.

110 volts is the standard voltage for most home outlets in the United States. There are a few notable outliers, such as hot tubs, stoves, and clothes dryers, but in general, 110-volt outlets outweigh 220-volt ones.

When working with 220-volt wiring, the chance of major, life-threatening injury goes up significantly.

Most modern 110-volt outlets have three different wires running to them.

The socket has three prongs, the outlet has three holes, and each corresponds to a distinct cable.

If you compare a 110-volt wall outlet with a 220-volt wall outlet, you’ll see right away that they are not interchangeable. When it comes to voltage, 100 volts and 220-volts are two very different things.

How to Convert a Hot Tub to 220-Volts

In order to get the most possible experience out of your hot tub, you’ll need to convert it to 220 volts. Unless you have a lot of skill with electrical work, you’ll need to hire a professional to do it for you.

To make the switch from 120 volts to 220 volts, you must perform the following steps:

When a hot tub has a voltage of 220 volts, it doesn’t need a plug. Your home’s electrical system must be hard-wired to connect it.

Although hot tubs are significant investments, they may bring years of enjoyment and relaxation if properly cared for.

It all depends on these factors:

The price of a hot tub can range from $3,000 to $10,000, based on the aforementioned parameters, according to Hot Spring. Hot tubs come in a variety of shapes, sizes, and prices. What we’ll look at today in terms of hot tubs are…

The price of a basic hot tub ranges from $3,000 to $5,000. Plug-and-play models that operate on 110 volts are the norm for these hot tubs. They’re small, light, and simple to assemble. 220 volts is likely to be the standard for all other hot tubs.

Between $4,000 and $8,000 is the pricing range for value-priced hot tubs. When compared to the lower-priced models, these spas tend to be more luxurious and well-built. There are going to be a few extras, including additional jets and spa seats. There is a chance that the hot tub will appear better at this pricing point, but it may not have the greatest quality components. Costs have to be recouped someplace.

Between $6,000 and $10,000 is the price range for the best hot tubs. There are a lot of options when it comes to these hot tubs. In addition to their upscale appearance and feature set, these hot tubs feature luxurious spa seats, a large number of jets, and high-quality materials, construction, and energy efficiency. There are often longer warranties for hot tubs in this class.

Between $9,000 and $16,000 is the price of a luxury hot tub. Hot tubs in this category have everyone’s attention. Components will be of the highest quality; the tub will be built to last for at least 20 years; it will be the most energy efficient, and it will require little to no upkeep.

Is It the Same Cost to Own a Hot Tub Everywhere and What Affects Cost?

If you use the 220-volt hot tub for the same amount of time as you did with a 110-volt model, switching to 220 volts will save you money on your electric bill. This raises the question of how my hot tub’s electrical expenditure is reflected in my utility statement. Hotspring.com cites five different elements that go into determining this price.

Also Read:  Cheapest Way to Cover Dirt in the backyard

One of two things must be done in order to reduce the cost of your hot tub’s electricity. The first option is to switch from a 110-volt to a 220-volt hot tub. Even though it would be the quickest and most cost-effective option to lower your bill, it would necessitate additional resources.

There are a few things you’ll have to consider if you already have a 220 volt system or aren’t interested in upgrading. Reduce your hot tub’s electrical consumption by following these simple tips.

By reducing the frequency of use, the first method for reducing costs is to limit the elements that increase costs.

Investing in a high-quality cover and cleaning your hot tub’s filters on a regular basis are also useful tips. Increasing the pump’s heat retention and efficiency while also reducing electricity consumption is possible with these steps.

At save money, keep your water heater set to a high temperature. Many people prefer to heat their hot tubs from the beginning, even if the tub is already running. Turning on the hot tub, on the other hand, will result in a spike in your utility cost. Proper insulation as well as a heating pad should be used to keep the water warm.

Here is a quick look at the origins of the American power structure. In the early days of the industrial revolution, according to energy.gov, it has a long history of usage. 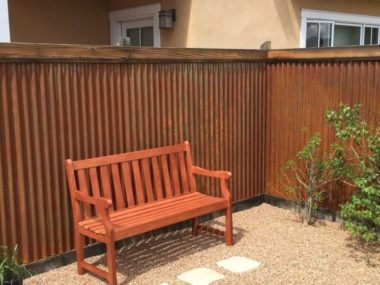 Read More
Table of Contents Hide Why use Lava Rocks?Heat RetentionWeatherproofingProtect the BurnerLong-LastingHow To Arrange Lava Rocks On A Gas…
Read More 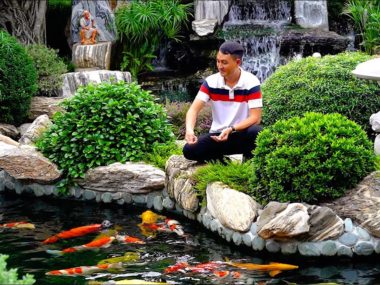 Read More
Table of Contents Hide Prepping your area before delivery of your rock.Fire Pit Edging Options Is there an…
Read More